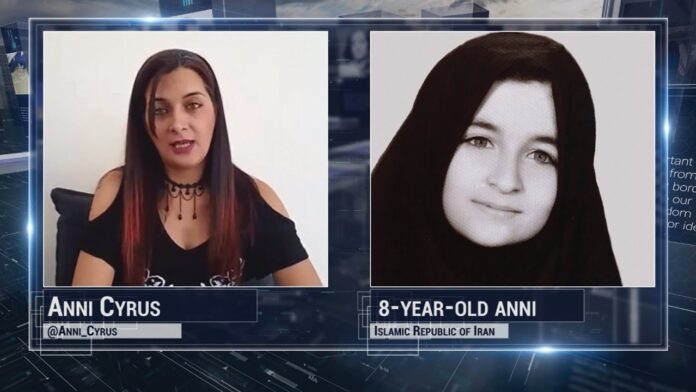 Again our Western world media has just celebrated #WorldHijabday, while in the Islamic world,  hundreds of Iranian women are being arrested and put in prison for removing their hijab. That Islamic oppression of women is steadily coming here, by our media’s own hands. The fashion industry leads much of that dangerous change.

In 2019, Nike expanded on their Pro Hijab brand by releasing The Victory Collection. The new market niche adds performance-wear options for Muslim watersport athletes. Choice for women is good. But now Nike just makes it that much harder for women athletes who might otherwise choose to leave Islam.

Before long, following the pattern of Sharia states, it is not inconceivable that this gear could become mandatory for all women competitors — Muslims will next demand it, as officials will bow to their charges of an uneven playing field.

Such fashion marketing can normalize even Islam’s worst elements, such as jihad violence. In fact, we have already seen jihad imagery flow into Islamofashion marketing. In their Fall-Winter 2018 runway show in Milan in February 2018, Gucci’s line began to use beheading imagery among their fashion models. They claimed it had to do with something about cyborgs, and cephalophores — figurines of saints who carried their own heads as martyrs, from medieval and Renaissance art.

Would any modern fashion audience get that ancient and obscure art reference? Or cyborgs with severed heads? Or does it instead have to do with Islam? The Left won’t directly say it. But they will put horrors which attract them right in front of our faces.

It is no shocking secret anymore that devoted Muslims of ISIS who read Quran and follow Muhammad have lately been cutting peoples’ heads off, and holding them up and placing them in positions of grotesque display. That context of gory news media imagery is what makes Gucci’s fashion art concept recognizable — instead of just inexplicable.

Gucci’s unstated nod to modern Islamic terror is obvious. The Gucci-friendly article about the fashion models carrying their own heads even noted it as “terror-inducing.”

Gucci’s display of attraction to terror imagery sends a message that opposing traditional western societal virtue is “cool.” In that sense, they give an approving nod of respect to ISIS beheaders, as rebels against the western system.

After all, if the Left did not want to suggest that mental association, then why would Gucci so obviously risk playing around with severed heads? The imagery they chose is what makes people see that association with Islamic murder and butchery.

The severed head imagery actually began in the prior year, with leftist Kathy Griffin, in her infamous photos taken in May 2017, which featured Griffin holding a model of President Donald Trump’s head dripping with blood.

So Kathy Griffin broke open the wall of taboo against severed head imagery. She breached the limits of how much it could be tolerated by our society. And then the Gucci runway show toned down the bloody gore, to make it accepted as just a new part of our culture.

So now because Gucci did it in fashion, Islamic-style beheading imagery became just part of the elite culture scene. ISIS media has competition.

But skeptics might protest that Gucci is just signalling, “Look, we are so edgy and fashionable.” After all, there can be a childlike drive to want to shock the adults, without really having a barbarous ideology of murder about it.

But in fact the fashion designers and beauty marketers have been systematically embracing the Islam-ish market for years. Designers have been marketing upscale hijabs and abayas in London and Paris stores since early 2016. The fashionable Left was said to greet the announcement of those top brand designs “with jubilation.”  And it was noted that the collection “could easily appeal to nonbelievers.” Forbes celebrated it as the “smartest move in years.” The Left love this suffocating stuff so much, they don’t want it to be just for oppressed Muslims.

Next, hijab was hailed as a “win” for fashion when New York Fashion Week debuted its first all-hijab runway show in September 2016. Hijabs for everybody. What women want to show hair and neck anyway?

Then in November 2016, CoverGirl began to feature a hijabi beauty blogger. And very rapidly, the fashionization of Islam became part of the consumer marketing landscape.

As far back as March 2017, I reported on Nike’s plan to release a sports hijab. Nike ultimately released its Nike Pro Hijab in December that year—with “moisture-wicking technology and breathable mesh for cool comfort.” Where would sports be, without the ability to breathe.

American Eagle came out with a denim hijab in July 2017. No, I can’t explain it either.

In January 2018, L’Oréal ran a campaign featuring a hijabi model. By that time, even Muslims began to become annoyed by the trend, which was being denigrated as a “hijab fetish” of product marketing.

While Gucci was deep into Islamic imagery during its February 2018 fashion show, it actually came under harsh criticism by the Left — no, not for Islamization — but for using too-white models in cultural appropriation. Gucci was asked, “Could you not find a hijabi model?”

Versace, and other luxury brands joined Gucci in the hijab imagery. Around the same time as the Milan show, in February 2018, Macy’s became the first Islamofashionized department store in the United States, with its Verona Collection.

In May 2018, H&M released an Islamized clothing line ahead of that year’s Ramadan. The company may have come late to the Islamofashion product market by that time, but they reportedly had used a hijabi model as far back as 2015. So Islam was already long in their culture view.

In summer 2018, Gap featured a smiling young girl in a hijab for its back-to-school campaign. So now it is pretty much everybody.

Marketing forces normalize things that we should not see as normal. The marketing of oppression is very dangerous. Women in Iran are fighting and risking jail to take off this ridiculous hijab. But the Left with their corporate marketing enablers are up there putting it on our own women here, as a fashion statement. 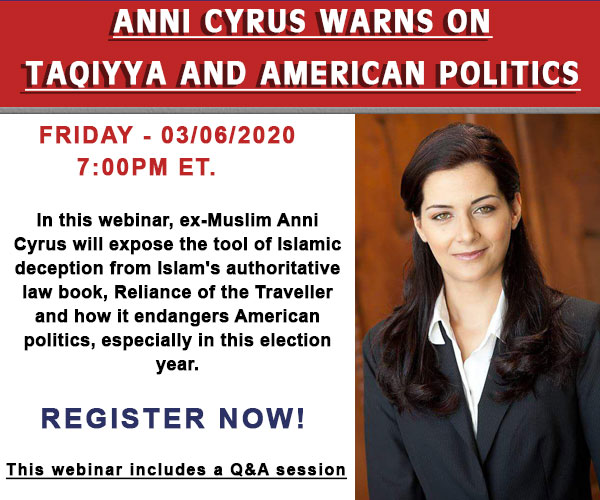